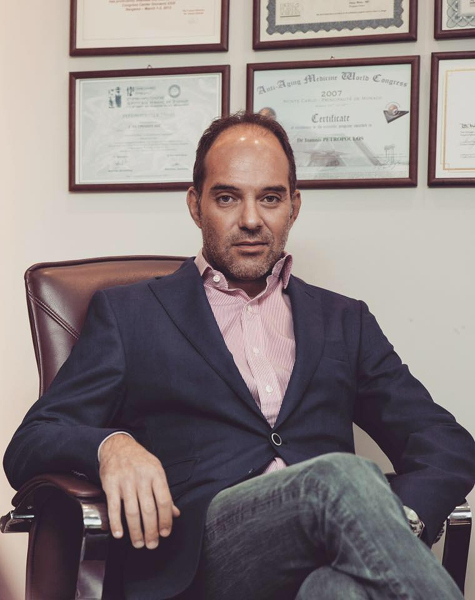 Petropoulos Ioannis specialized in rhinoplasty, nasal surgery and facial plastic surgery from 2004 to 2007.

Petropoulos Ioannis beyond his studies, specialty and so far professional career has participated in multiple conferences and seminars and many of his articles have been occasionally published in scientific journals. In addition, he has given interviews to both print and broadcast media. Concluding, he has received many military honors and awards and is an active member of medical associations and societies all around Greece and Europe.